Shahnee trained as a full time student at The Conlan College for three years, graduating in 2012.

Shahnee is currently in her second season with Teatrul de Balet Sibiu, in Romania where she has performed in Swan Lake, Sleeping Beauty, Don Quixote, Giselle and La Fille Mal Gardee as well as many contemporary works choreographed on the company.  From The Conlan College, she gained entry to the prestigious Joffrey Ballet School in New York City for 3 years where she was a member of their performance company.  As a dancer in The Joffrey Concert Group, under the direction of Davis Robertson, Shahnee performed soloist roles and worked with many world-renowned choreographers. The Concert Groupa was invited to perform in the Beijing Ballet Academy’s 60th anniversary gala where she performed a soloist role from Gerald Arpino’s “Kettentanz”.  She was also one of the select few that were accepted into the International Beijing Ballet competition, where she was then offered a contract with Teatrul de Balet Sibiu. 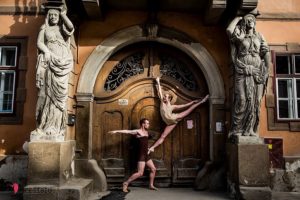 Natalie started training full-time at The Conlan College in July 2012. In January of 2013, whilst on holiday in California, she happened to be in San Francisco at the time Houston Ballet Academy was holding Summer Intensive auditions.  She auditioned and was accepted into the program.  Over the 6 week program she auditioned to get into the school’s year-round program.  She was thrilled to be accepted, but had to say goodbye to her Conlan family in August.  Natalie moved all the way to Houston and spent two years at the Academy, and then in February of 2015 began auditioning for Ballet Companies.  A trip to Louisville, Kentucky to audition for the Louisville Ballet was on the agenda, which has a new Artistic Director- retired Australian Ballet Principal dancer, Robert Curran.  She was offered a Trainee position with their company and will begin dancing there in August, 2015. 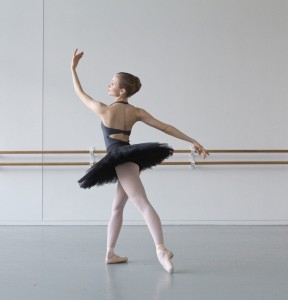